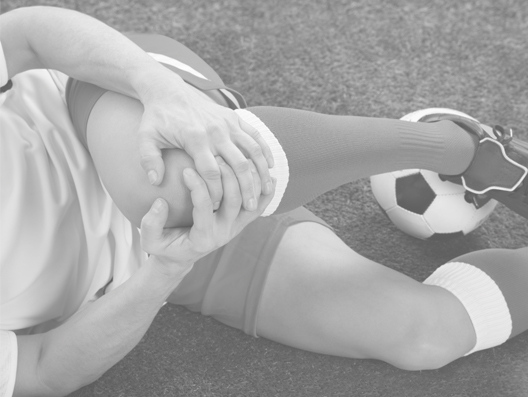 The child
is NOT simply
a mini-adult!

As September sees that start of a new school year, this also means a return to sports for many children after what might have been a long break from their usual sporting activities. Over the summer break I’ve had several enquiries from mums and dads about their children’s complaints of “aches” or “pains” that are holding them back in their sport. And of course as all of our kids ramp back up their sporting activities after a long summer break, many children will be complaining of new “injuries”.

We’re all aware that injuries in sporty kids are very common and as a parent of two injury-prone football players, it has made me reflect on how we usually react. It’s very easy, as parents and coaches, to flippantly dismiss a child’s complaint – especially since they’re so resilient and seem to bounce back from injuries much faster than us adults!

However, a reported 40% of sports injuries presenting to A & E are in the 5-14 year old range (Maffuli & Caine, 2005) and the average peak age for presentation reported is 13 years old. Children often give clear and accurate, unbiased histories of their pains and also have a greater capacity to compensate for a deformity or dysfunction so will often ignore the problem themselves. So a complaint of pain, especially if persistently reported, or asymmetrical, should never be ignored – they may feign injury to parents but rarely do to a doctor or physiotherapist.

The key issues to consider when identifying and managing children’s sports injuries are:

When assessing the Aetiology of a Child’s Sporting Injury, 3 factors should be considered:

In all sporting injuries for any age group, the sporting issues and the physical issues need to be considered, but with children it is also the DEVELOPMENTAL issues that need focus. Growth tissues are most susceptible to injury during periods of metabolic activity, for example during growth spurts. Therefore, we tend to see certain types of injuries at specific chronological periods during development. The “physes”, or growth plate, has been reported to be 2-5 times weaker than contiguous fibrous tissue during the growth spurt. An apohysitis or avulsion injury in children is also more likely to occur because children’s tendons are far more robust than its insertion on the bone thus the likelihood of a true “tendonitis” or tendon injury occurring in children is rare.

So, the take home messages from me are:

(1)  It’s important to see a Physiotherapist who can eliminate less common pathologies but serious diagnoses, such as reactive arthritis, juvenile idiopathic arthritis, inflammatory muscle disease, idiopathic pain syndromes and malignant diseases first. And then, consider the DEVELOPMENTAL issues and growth tissue susceptibilities for that child and arrive at a correct diagnosis and management. They will also be able to identify the sporting or physical issues that have contributed to the injury.

(2) A missed, or incorrect, diagnosis can have serious long- term consequences and may adversely affect a child’s development and consequently their physical and sporting ability and potential.

If you have any questions, don’t hesitate to get in touch with any of us on the PhysiOptima team!

Battling the Slouch!
Boost those Glutes!
Dumb Waiter or Smart One?
Roll in New Year with Good Health!
Desk Posture Getting to You?
Head posture- Is the orange in your lap?
Exercise AT your desk!
How does YOUR posture affect YOUR horse…
What Causes Plantar Fasciitis or Heel Pain?
Stretching for Runners
Top 7 Stretches for Runners
Physio for Headaches / Migraines
Do only Golfers get “Golfer’s Elbow”?
Help – My Neck Has Seized Up!
Tennis Elbow
Back Away from Pain in Golf
Physiotherapy- The Most Effective Way to Treat Whiplash
Busting Myths on Children’s Sports Injuries
Advice for Plantar Fasciitis or Plantar Heel Pain (PHP)
Best advice for an acute injury – PRICE

Want to discuss your treatment?